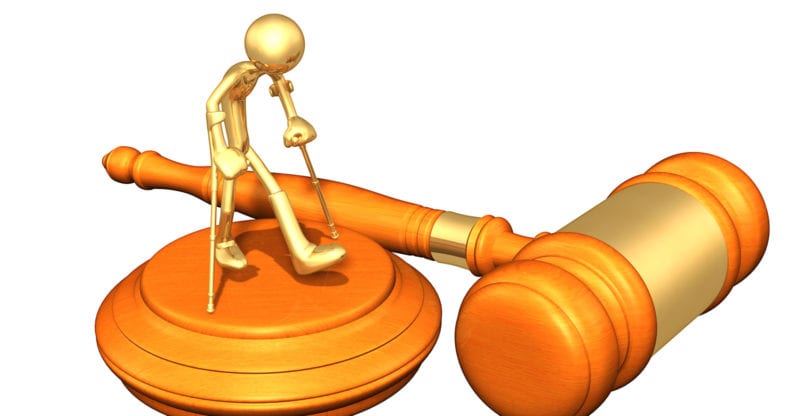 A new Supreme Court ruling has placed limits on where companies can be sued in personal injury lawsuits.

The highest court ruled in a case involving Texas-based BNSF Railway Co. that the company could not be sued in Montana for an injury that took place in a different state. The ruling may impact personal injury law by limiting where lawsuits can be filed.

In an 8-1 ruling, the justices determined that states cannot hear claims for injuries sustained out-of-state or outside of the state where the company is based.

The Supreme Court threw out a lower court’s decision, which allowed for claims to be filed against BNSF anywhere in the state’s network.

The two plaintiffs in the case sued the company for separate and unrelated injuries under the Federal Employers’ Liability Act, which allows railroad employees to sue employers for compensation if they are injured on the job.

Both plaintiffs filed their suits in Montana, a state where the company conducts most of its business. But the Supreme Court ruled that doing business in the state was not grounds to sue for personal injuries that occurred in a different state.

Typically, plaintiffs can file suit against a company where they are incorporated, based or do a significant amount of business. The latest ruling may change this and is favorable for corporations who are opposed to plaintiffs “shopping around” for states with more favorable personal injury laws.

The only justice to dissent from the ruling says the decision is a “jurisdictional windfall and would force plaintiffs to sue corporations in “jurisdictions with which they have no contacts or connection.”

The biggest issue, some legal experts say, is that corporations often choose to incorporate in certain states because they have laws that limit financial exposure when sued. Plaintiffs may now be forced to file suit in states that are inhospitable to claimants.

When first petitioning the court, the company argued that the Montana court was violating the high court’s precedent that limits jurisdiction.

Because BNSF is not incorporated in Montana and does not maintain a principal place of business there, the company is not subject to general personal jurisdiction in the state, the court said. The reasoning, according to the court, was because the plaintiffs had “no relationship to anything that occurred or had its principal impact in Montana.”

If you are in the Dallas, Texas area and need a good lawyer, we are ready to help. Giunta Law, P.C. and attorney Frank Giunta have a comprehensive understanding of personal injury law. You need the best lawyer you can get when you or a loved one has been injured on-the-job or through the negligence of another. Frank Giunta is a board certified personal trial lawyer  since 1987 and a board certified civil trial lawyer since 1988. He has been listed as a Texas Super Lawyer from 2008 to 2017.

Frank is passionate about representing those that have been injured or family members that have suffered the loss of a loved one. If you have been wronged, give us a call today.