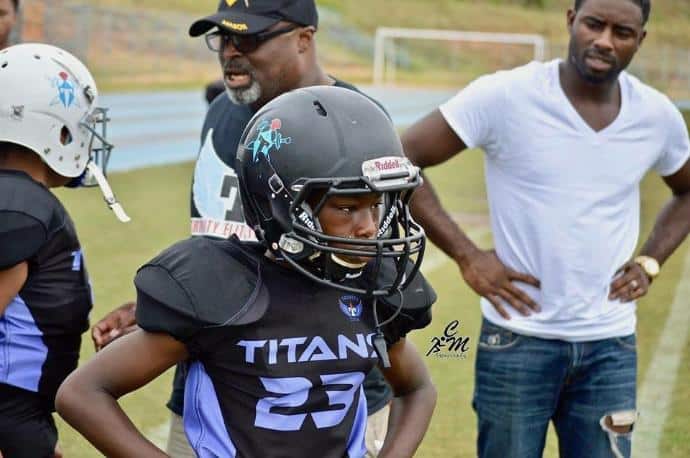 AUGUSTA-RICHMOND COUNTY SETTLES WRONGFUL DEATH CLAIM ARISING OUT OF ELECTROCUTION OF A 12-YEAR-OLD BOY ON A BASEBALL FIELD FOR $1.5 MILLION

Settlement amount is more than twice the amount of any settlement in the history of the Augusta.

ATLANTA, GA (October 9, 2019) – Beasley Allen lawyer Rob Register has reached a settlement with Augusta-Richmond County, Georgia, for the wrongful death of Melquan Robinson, Jr., a 12-year-old boy who died after being electrocuted on a baseball field at Fleming Athletic Complex, in Augusta, Georgia, on Oct. 15, 2018. The park was owned and operated by the county.

Last October, Robinson was playing with friends in the right-field of a baseball field at Fleming Park when he touched the outfield fence, not knowing it was charged electrically. The fence and the area around it were electrified due to a ground fault event that had occurred inside the right field light pole. The surging electricity killed him and injured four other children who attempted to help him.

An investigation revealed that a live wire within the metal light pole was touching the inside of the pole causing it to route high voltage electricity into the ground. The electricity emanated out from the light pole into the outfield fence. Register’s experts found no equipment grounding conductor (EGC), a very basic component of any electrical wiring system that is required by the National Electric Code as well as the Augusta Building Code. The EGC is a mechanism that serves to provide a ground-fault current path by connecting normally non-current-carrying metal enclosures of electrical equipment to the system grounded conductor. This protects people in the event of a short circuit, or an accidental diversion of the electrical current by shutting off flow of the electricity. If the park had an EGC, this incident would not have occurred.

It wasn’t the first time someone was injured by the fence. County records, discovered through open record requests, revealed that other children were shocked after touching a fence at the same park on at least two other occasions in 1991 and again in 2014.

A significant legal obstacle in the Robinson family’s quest for justice was the county’s sovereign immunity under Georgia law. Georgia courts have ruled that the State of Georgia, as well as its counties and cities, hold wide sovereign immunity and cannot be sued unless they waive that right by statute.

The State of Georgia has statutorily waived its immunity for personal injury claims but capped the damages a plaintiff can recover at $1 million. There is no similar waiver of county immunity. Therefore, counties cannot be sued directly for the wrongful death of a citizen in this type of incident. The only way to pursue a claim is to sue individual county employees personally. In such situations the employees themselves are also entitled to official immunity for any discretionary actions. The narrow exception to immunity is for ministerial acts performed by county employees. Georgia courts have repeatedly found most actions by county employees to be discretionary and therefore immune to any lawsuit.

“While we firmly believe that employees of Augusta-Richmond County had a ministerial duty to maintain the wiring at Fleming Park in compliance with the National Electric Code, there was a substantial chance that a court could find the decisions as to how and when to do the work were discretionary in nature. If the court found the employees’ actions discretionary, the Robinsons’ lawsuit would be dismissed and they would have recovered nothing for the death of their son,” Register said.

The Robinson family did not want Melquan’s death to be in vain. The most important term of any potential settlement was to make sure all the parks in Augusta were safe for children. As part of this settlement, Augusta-Richmond County agreed to the following:

This settlement with Augusta-Richmond County is more than twice the largest amount ever paid for any claim in the history of the county. “In most cases that we handle, payment is made by large corporations or insurance companies. There was no insurance for this loss. We were mindful that this payment would come from taxpayer dollars. We believe the settlement indicates that Augusta recognizes the need to take responsibility for what went wrong and to continue working diligently to resolve it so that this tragedy never happens again. As Melquan’s family has said all along, no amount of money will bring him back or reverse the tragic circumstances. Yet, by raising awareness about their son’s needless death, the tragedy has served as a catalyst for change,” Register said.

For Chinnika Jackson and Melquan Robinson, Sr., they will remember their son as a kind, hard-working, energetic boy who was gifted at sports and loved by all. They hope their fight for justice will keep other parents from living out the same nightmare that started for them nearly a year ago.

Electrical injuries caused by carelessness pose a grave risk of death.  In the home setting, frayed or defective electrical wiring, defective electrical appliances water heaters, furnaces or natural gas leaks may cause fires or explosions that take the live of home occupants. If you or a member of your family has sustained an electrical injury or death, call our firm.  Our team has electrocution and fatal injury cases for many years.  Our experience is extensive.  Even if you are not sure if your specific electrocution situation requires action, there is no reason why you shouldn’t call us and find out.

If you or a loved one has been injured by electrical equipment due to another’s negligence, contact us at Giunta Law Today!