Oil Field Injuries in the News

DILLEY, TEXAS – Two oilfield workers were injured after an oil storage tank exploded at an oilfield near Dilley, Texas, according to La Salle County Sheriff’s Office.

Emergency responders were sent to Ledwig Ranch between Dilley and Millet in La Salle County around 10:45 a.m. Tuesday where LSCO said the site is operated by Carrizo Oil and Gas.

When emergency crews arrived they found a number of upright oil storage tanks fully engulfed in flames. LSCSO said an oil tank battery had ignited and the cause unknown at the moment.

Plumes of smoke could be seen in the sky all the way from Cotulla, according to reports.

Firefighter surrounded the scene and remained on site to help extinguish the remaining fires and prevent the possible spread to the surrounding open areas.

COTULLA, Texas — At least two people were injured in an explosion and fire at an oil storage facility in La Salle County Tuesday.

Officials say emergency crews were called to the Ledwig Ranch around 10: 48 a.m. Tuesday, where an company called Carrizo Oil and Gas is operating a facility. A spokesperson for La Salle County confirmed the fire was at a oil tank battery, a term used to describe a row of upright storage tanks.

“We don’t have word on the cause of ignition yet,” the spokesperson told us.

“The exclusion zone is presently 1/4 of a mile”, he told us of the perimeter that has been set by first responders. “It’s fairly standard procedure,” he said, adding this is just to keep people from wandering on to the site.

Firefighters from La Salle county were standing by, waiting for the fire to die down and preventing the flames from spreading.

“We do have information that two people were airlifted,” the spokesperson told us. He said the airlift, however, is not a reflection of the severity of their injuries, adding that oil field workers are commonly transported by air ambulance because they are usually in remote areas.

The Coast Guard said Sunday evening that it was coordinating search efforts for a missing man after an explosion on an oil platform in Lake Pontchartrain. One of the platform workers has said that eight people were aboard at the time of the explosion, and one person did not make it to shore. Of the seven people who made it to shore, six were taken to the hospital, the Coast Guard said, adding that the cause of the incident is yet unknown.

Louisiana authorities said that seven people were injured, five of them critically.

According to Michael Guillot, director of East Jefferson Emergency Medical Services, five people were initially taken to a trauma center and were listed in critical condition with “blast type injuries and burns.”

“We have an oilfield platform that is currently burning, it’s a platform that’s used for the transfer of oil, there’s a number of wells in that location and the oil is transferred at that point. So our first objective from the firefighting standpoint is we’re trying to stop the oil flow if there’s any and at that point we have to cool it and let it burn off,” Fire Chief David Tibbets of the East Bank Consolidated Fire Department said.

Clovelly Oil Co owns the platform that is in production, Taylor Darden, a lawyer for the company told the AP.

In an update on the rig explosion, the City of Kenner Government posted on its Facebook page that “Authorities on the scene report that cleaning chemicals ignited on the surface of the oil rig platform. Seven crew members were rescued and are being treated at local hospitals.”

By Tsvetana Paraskova for Oilprice.com

We are committed to pursuing an aggressive case against all liable parties and will seek to collect the full compensation you are entitled to for lost wages, pain and suffering, long-term care needs, disability and impairment, and any additional personal or financial losses you have sustained. If you have been injured in an oil field accident, contact us today! 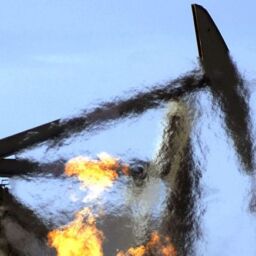 How To Choose An Oilfield Injury Lawyer?

To make the best choice for an oil field injury lawyer, you will need: An attorney with experience dealing with…