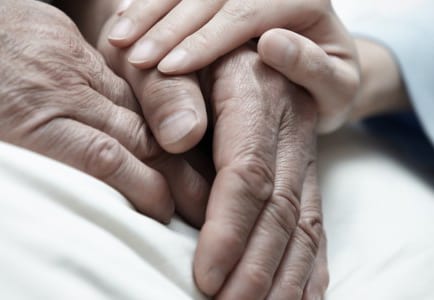 How to Identify Elder Abuse and How to Report It

By : A Place for Mom Staff

When an elderly person loses the ability to care for her or himself, there is often a network of people collaborating to provide the level of attention and care they need. For people who live in their own homes, this could include family members, nurses or professional at-home caregivers. Others who reside in nursing homes could rely on nurses in the residence, doctors or employees. With so many people involved, it is important to know the early signs of elder abuse.

Signs of elder abuse may be missed by care and medical professionals who work with elderly patients because they may lack proper training. Noticing signs of abuse early on is critical to stopping it, especially because the person who is being abused may not report it. According to the National Center on Elder Abuse, the elderly person may be reluctant to report the abuse because of fear of retaliation, lack of cognitive or physical ability to report or because they don’t want to get the abuser in trouble. This often is the case if the person is a family member.

Below are some tips to help you protect those in your care:

Elder abuse is any form of mistreatment that results in harm or loss to an older person, according to the National Committee for the Prevention of Elder Abuse. The abuse could take the form of domestic violence, financial exploitation, neglect, physical harm, psychological abuse or sexual abuse. Because each type of abuse is so different, the indicators associated with them often vary:

Who is Responsible for Reporting Elder Abuse?

Federal and state laws have been enacted in recent decades to help protect elderly adults, and the Elder Justice Act of 2009 is widely regarded as the most comprehensive bill ever passed to combat elder abuse, exploitation and neglect. Because of laws like this, elder abuse and mistreatment has been taken more seriously and so has the act of reporting it.

In states with mandated reporting requirements, nurses are included among those professionals who are required by law to report any suspected instances of abuse, exploitation or neglect they encounter while on the job. According to research, nurses and other mandated reporters can be held liable by both the civil and criminal legal systems if they know of possible elder abuse and intentionally fail to report it.

Generally, any person who is in some way responsible for the care of an elderly person should make a report if he or she has reason to believe that person has been abused or is subject to abuse. This could include professional at-home caregivers, caregivers hired through family members or other medical professionals who interact with the elderly person on a regular basis.

Despite the accessibility of Adult Protective Services in all 50 states, as well as mandatory reporting laws for elder abuse in most states, an overwhelming number of cases of abuse, exploitation and neglect go undetected and untreated each year, according to the NCEA. Caregivers and professionals, however, should know they have a plethora of ways to safely and efficiently report elder abuse.

If you suspect abuse, you should be sure to document the signs. This could include:

All of these things could help prove your suspicions and can get the case handled quickly.

If the abuse is severe or you suspect the person is susceptible to more harm, you should call 911. There should be no shame or no fear in making the call. If the person is in need, police officers will investigate and make the appropriate call on how to get the person the help needed. It is better to report any possible signs early rather than to wait until something tragic happens.

Depending on the severity of the abuse, how the abuse is reported and to whom, the name of the person making the report could remain confidential. This could help make it easier for professionals to report signs of elder abuse, especially if they suspect it has been committed by a colleague. They should not fear retaliation, such as demotions, job loss or any verbal harassment.

If you suspect someone has been abused, whether by their loved one or someone within your care facility, you should be adamant about reporting it.

Knowing how to identify abuse and how to report it can be critical to stopping it and getting that person the care he or she needs. As a care professional, you could have more than a moral obligation to report it. In most states, you have a legal obligation. The resources above can help you report it clearly and the best agency.

Abuse and neglect of our elderly occurs way too often because the elderly are some of our society’s most vulnerable people.  This type of abuse takes many forms, but is damaging to our elderly whether it be physical, emotional or financial damage. Depending on the type of facility, there are local, state and federal regulations governing the operation of these institutions.  Signs of nursing home abuse and negligence can be exhibited by:

If the unthinkable happens and you notice any of these signs on an aging parent or elderly loved one who is in a nursing home facility, they should not be ignored.  You and/or your family should seek legal representation immediately before it is too late.  Our team is waiting to help you receive the justice you and your loved one deserve.