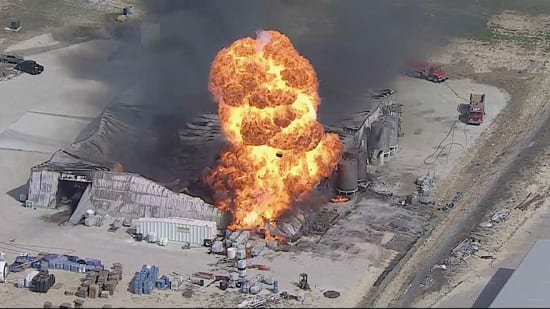 NORTH TEXAS (CBSDFW.COM) – A lawsuit argues employees killed and injured in a chemical explosion in March 2018 may not have fully understood the dangers of the materials they were working with.

The suit from Speegle and Mitchell’s family says the warning label and instructions on the sodium chlorite product they were working with failed to give adequate warnings of the products dangers, or how to avoid an injury.

The suit names Tri-Chem Industries, and three other companies in the supply chain including one in China.

The suit says employees were blending a sodium chlorite solution in March, when Mitchell’s foot inadvertently made contact with a container lid on the floor.

That caused sparks that ignited spilled product on the floor, which spread to his clothes, and then a large open container of product that exploded.

Tri-Chem referred CBS 11 to an attorney for comment, who was not immediately available to respond.

Employees were on site at the facility in Cresson on Tuesday, where it appeared business operations have resumed.

Many different substances in the environment have been found to be toxic.  Exposure to toxic chemicals and hazardous waste can lead to different types of cancer, skin disease, asthma, and neurological damage.

These and other conditions are caused by exposure to chemicals such as :

Every day, people are exposed to numerous types of toxic chemicals in the workplace.  It is often impossible to detect the presence of toxic chemicals that seep into your skin as you work, or colorless and odorless toxic vapors that can be inhaled.  In many cases, the ill-effects of toxic exposure become evident only years after the exposure occurs. If you or a loved one has been injured or been the victim of wrongful death, contact our legal team Giunta Law immediately.