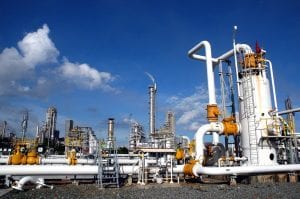 The South Bend Fire Department was called Wednesday night to Royal Adhesives & Sealants following reports that an apparent explosion and chemical reaction was producing smoke inside the building.

Assistant fire chief Jim Luccki says the resulting smoke was an irritant to eyes and mucous membranes but not toxic. He says no one was injured.

The South Bend Tribune reports 20 to 25 workers who were in the plant were evacuated to a bus brought in to keep them warm until an all-clear was issued.

Many different substances in the environment have been found to be toxic.  Exposure to toxic chemicals and hazardous waste can lead to different types of cancer, skin disease, asthma, and neurological damage.

These and other conditions are caused by exposure to chemicals such as :

Every day, people are exposed to numerous types of toxic chemicals in the workplace.  It is often impossible to detect the presence of toxic chemicals that seep into your skin as you work, or colorless and odorless toxic vapors that can be inhaled.  In many cases, the ill-effects of toxic exposure become evident only years after the exposure occurs.