25 Most Deadly Highways in the U.S.

January is the most dangerous month to be traveling on Interstate 4 in Florida, which runs between Tampa and Daytona Beach. The most likely day of the month for there to be a deadly accident on that span is the 10th. Sunday is the worst day of the week for the 132 miles between Tampa and Daytona Beach. And the worst hour to be on I-4 is from 2 to 3 a.m.

Knowing what roads to avoid and when to avoid them could be the difference between arriving on time or not arriving at all. Teletrac Navman has put that all together in a sharp infographic chock full of information on where and when more fatal traffic deaths occur.

Interstate 4 is the deadliest highway in America with 1.25 deaths per mile from 2011 to 2015. It is one of only two U.S. highways with more than one death per mile, according to an impressive infographic created by Teletrac Navman, a GPS fleet management company.

Nearly 100 people a day were killed in traffic accidents in the United States in 2015, according to Fatal Accident Reporting System data compiled by the National Highway Traffic Safety Administration. Of the 35,092 traffic fatalities in 2015, 10,396 took place on U.S. highways and interstates.

Teletrac Navman’s extensive and lengthy infographic, “The 25 Most Dangerous Highways in the United States Calculated by Fatalities Per Mile,” is based on an analysis of fatality data gathered for the U.S. numbered highway routes and Interstate Highway system from 2011-2015.

The map accompanying the infographic not only shows which highways are the deadliest — ranking them based on the deaths per mile — but also which month, calendar day, day of the week and hour of the day are the most common for a fatal accident. Along with this, Teletrac Navman notes which city along the highway is the deadliest part of the road (Orlando, for example, is the most dangerous part of I-4 in Florida). And the graphic also breaks down what the three most common harmful events are.

Along I-4, the most common harmful event is two motor vehicles colliding, which could include a moving car colliding with an illegally parked vehicle along the highway. Overturned vehicles are the 2nd most likely cause of a fatal accident on I-4, and pedestrians are third.
Graphic: Teletrac Navman:
Infographic created by TeletracNavman.com
While this morbid list and graphic might make it look like the U.S. is a dangerous place to travel, compared to the rest of the world, it is not. According to the World Health Organization, the U.S. is among the 25 safest countries to drive, based on total fatalities per billion kilometers driven, Teletrac Navman, points out.

Automobile and motorcycle accidents are the leading cause of personal injury and death in the U.S., with almost three million injuries and over 40,000 deaths each year.  If you or a loved one has been involved in a motor vehicle accident because of the negligence of others, you may be entitled to payments for personal injury or wrongful death.  We may be able to help you to recover payments for medical and funeral expenses, lost wages, physical pain and emotional suffering, disability, and future losses. Contact us today if you have been in a motor vehicle accident! 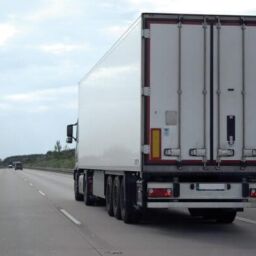 Sharing the Road With Trucks

Sharing the Road With Trucks October 27, 2017 One glance at a roadway will show you that it’s being shared…